The Ram Golf Corp. is one of the oldest American golf brands that once rule the most affordable golf equipment. The firm started in the mid-1940s after the end of the Second World War in Chicago, Illinois, U. S. A.

For almost 50 years (1945-1990), Ram Golf used to be one of the leading golf equipment companies in the industry. They have had Tom Watson as an ambassador for 22 years. The Tour staff of Ram Golf included pros like Nancy Lopez, Gary Player, Nick Price, and Mark Brooks, among others.

But who makes ram golf clubs nowadays? This article will bring you back in time and discover more about the past and present Ram Golf. Better read between the lines! 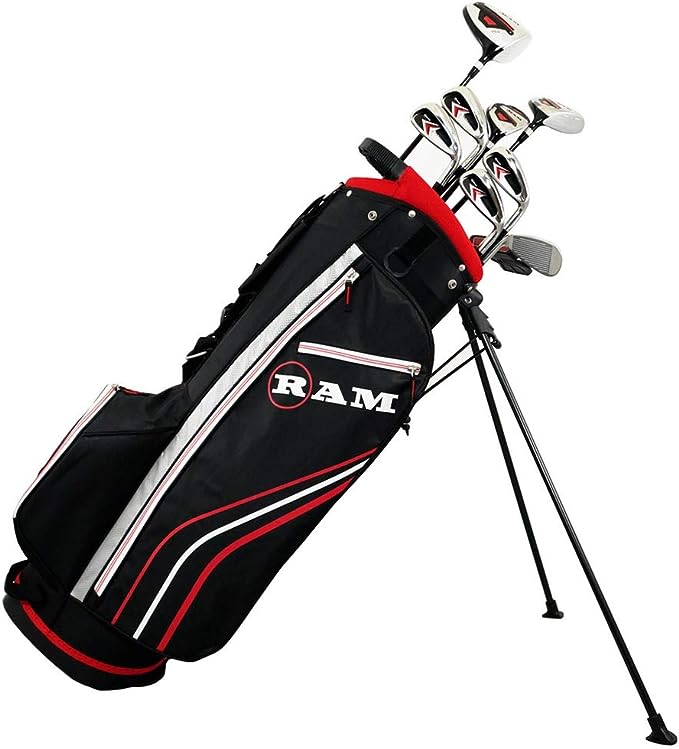 Take a look at how Ram Golf Clubs started operation, current products, and other vital info about the company. The golf equipment manufacturer has been in the limelight for over 70 years: it is proper that we understand more about the company.

1. THE ORIGINS OF RAM GOLF

The Ram Golf Corporation began operation under Sportsman’s Golf shortly after WWII. The company started as a small shop by the Hansberger brothers making club components for big firms. In 1947, the company became Kroydon & Bristol after the brothers bought the golf company of George MacGregor.

The company changed its name to Ram Golf in 1967. The company took almost 20 years to rebrand to Ram Golf. Since then, Ram Golf has partnered with some leading golf professionals: Nancy Lopez, Gary Player, Calvin Peete, Ray Floyd, and Tom Watson.

The Hansberger brothers were Jim, Lyle, Bob, and Al. They transformed a tool & die shop west of Chicago into a golf tool production workshop.

Before becoming Ram Golf, the company was initially under Sportsman’s Golf clubs, which has one of the highest qualities. One of its signature lines of golf clubs was the Bristol 600 Wizard putters.

The putters became the favorite of many pros and amateur golfers between 1950 and 1960. One of the clubs’ staunches users was Jack Nicklaus during his heyday, up to the 1960s.

After the prime of Jack Nicklaus’ career, the admiration for RAM clubs grew tremendously: Shortly after, Tom Watson became one of Ram Golf‘s brand emissaries. In the late 1940s, the brand makes an association with ex-PGA pro-George Low Jr., a well-known putter of that time.

The partnership led to the design of the Wizard 600. The golf club is one of the most valuable pieces of vintage golf equipment today. In 2006, the club fetched more than $25,000 as a price tag for a golf memento.

Ram Golf unveiled the Ram 3D in 1968: It was a golf ball featuring the first-of-its-kind Surlyn-cover. Ram is also the pioneer in various golf innovations, such as forged cavity-backed irons. Ram Golf is the first golf company to introduce the Accubar weighting clubheads and adopt the frequency shaft fitting applications.

In 1974, the Colgate-Palmolive company acquired Ram Golf for $18-million from the Hansberger brothers. The accomplishments and successes of Ram Golf led to its recognition among the top companies in the world.

Colgate-Palmolive broadened the brand’s popularity by signing up the 50 top pro golfers of the time. Those pro golfers were Tom Watson, Nancy Lopez, and Gary Player. However, in the 1980s, the Hansberger brothers buy back the company.

The brothers scrapped all endorsements by pro players, except Watson. They renewed the sponsorships between the 80s and 90s: by backing PGA players, such as Calvin Peete and Nick Price.

The brothers retired after the acquisition. But Gary, son of Al, established Vulcan Golf in Chicago in 1993. However, since Tommy Armour maintains Ram Golf, it is in charge of producing Vulcan’s products.

Moreover, when Ram Golf became a subsidiary of other brands, it became part of the respective companies owning the rights. 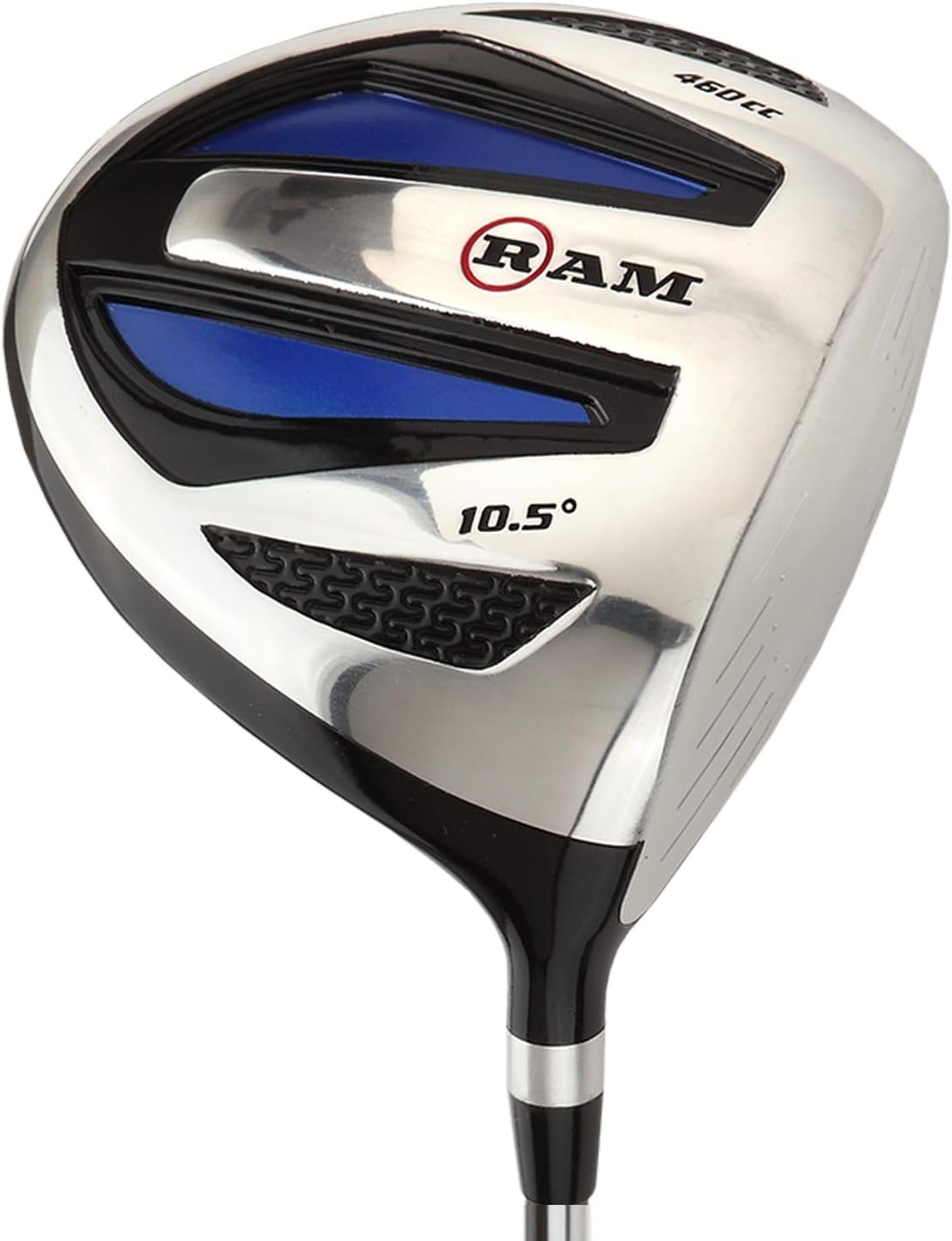 The acquisitions of Ram Golf and its subsidiaries led to simple designs of their products. For example, the Ram hallmark brand Sergeras irons (or Sergers) has one of the sizeable sweet spots among other brands.

The succeeding Ram golf designs make the game easier for beginners. The clubs also allow golfers to hit a high shot while striking the ball at a longer range (distance). Ram Golf’s focus on simplicity concepts makes the brand more unique than other prime golf brands.

Low-handicap golfers may find the Ram golf clubs to have limited applications. Ram still follows the elementary principles of making more practical golf clubs. The simplicity of its design makes the clubs ineffective for low-handicapped players.

However, Ram golf equipment suits any type and level of players. The clubs are essential tools to up the ante of your play: whether you are an experienced golfer or a beginner. But for highly-skilled players, the brand may not be favorable to them.

The SGS comes in a set of a 3-wood, four irons (5, 7, 9, and an SW), and a putter. The golf club set may help players improve their play sincere in pursuing the game. The SGS wood comes in 3-layer material that is smaller than a driver.

The set also comes with a lightweight stand bag perfect for novices who want to carry their bags while playing. The Ram SGS golf set is an ideal piece of equipment for beginners wanting to learn the basics of the game. 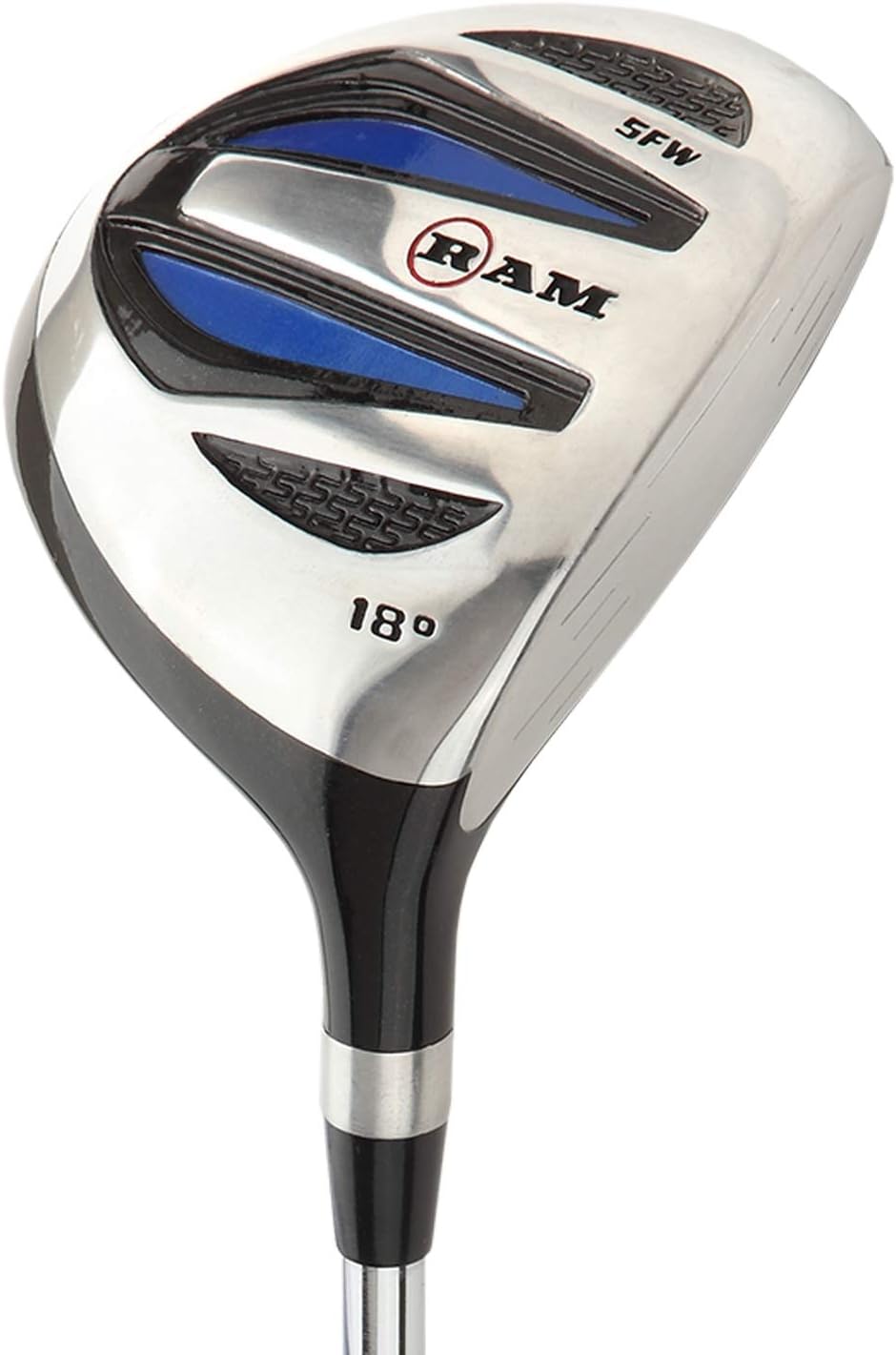 The Ram Golf Clubs are not so well-known today: compared with other premium brands. But most Ram golf clubs may give experiences, especially for beginner and amateur golfers, which are more enjoyable and fulfilling.

Aside from the Ram SGS club set, the 18 Piece Men's Complete Golf Club Package Set With Titanium Driver is also one of the leading clubs for novices. For more info about the Accubar, here are the key features and pros & cons of the right-hand club set:

Are RAM Golf Clubs Better? Should You Use Them?

Yes, you can use the Ram golf clubs! However, the clubs are more recommendable for high-handicappers and beginners. The Ram clubs are more forgiving with a lower price tag than other brands.

Why Pro-Golfers Use RAM GOLF CLUBS?

RAM Golf made golf clubs for some of the pros in the world: Tom Watson was one. The multi-major champion winner built most of his successful careers using RAM golf clubs.

Ram golf clubs offer one of the best deals in the industry, especially on the price of each club. Some of the possible reasons pro golfers are using Ram golf clubs are the clubs’ stiffness and more forgiveness.

So, who makes RAM Golf Clubs? We hope that we have explained everything regarding the current makers of Ram golf clubs. Ram Golf is now a subsidiary of Tommy Armour Golf (owned by Dicks’ Sporting Goods).

Additionally, Tommy Armour Golf not only brings back the emblematic RAM Golf brand: The Company also took it seriously the philosophy of the Hansberger brothers; Bigger is not better.